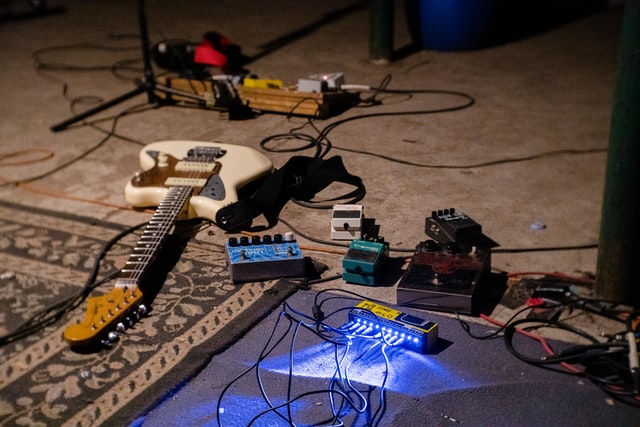 Former Sex Pistols drummer Paul Cook and guitarist Steve Jones have been successful in a claim against the band’s former singer John Lydon (also known as Johnny Rotten), after the frontman attempted to veto the use of Sex Pistols songs in an upcoming television drama.

The claim brought by Mr Cook and Mr Jones sought clarification on the construction, effect and enforceability of a Band Member Agreement (“BMA”) entered into in 1998 by the parties, including former Sex Pistols bassist Glen Matlock and Peter Button, the trustee of the Artistic Estate of former bassist Sid Vicious.

Accordingly, Mr Cook and Mr Jones sought declaratory and injunctive relief to establish and enforce what they considered to be Mr Lydon’s obligations under the BMA, namely to grant consent to license the band’s music once the majority had approved the decision.  They were supported by Mr Matlock and Mr Button in their claim (despite both technically being defendants to the action), who both provided witness evidence for the claimants.

Mr Lydon disagreed with the alleged construction of the BMA in so far as it compelled him to grant consent following a majority vote, and argued that, in any event, the claimants were estopped from bringing their claims because the BMA had never been relied on in the past, and each of the band members was instead always allowed a veto on any particular act of exploitation.

In his judgment, Sir Anthony Mann (formerly Mr Justice Mann) analysed a “long catalogue of incidents” between 2005 and 2014, which Mr Lydon claimed demonstrated “that the parties never relied on or asserted the BMA as entitling a majority to over-ride a minority in the grant of rights and that the parties operated on the shared assumption … that the majority had no such rights and that unanimity was required”.

Sir Anthony held that none of the incidents raised by Mr Lydon had the effect of demonstrating a shared assumption that the BMA had been abandoned; that individual band members had a veto; or that unanimity was required.  Mr Lydon therefore failed to establish any of the assumptions or representations he needed “to get an estoppel case off the ground”.  Mr Lydon also failed to prove the other elements required for estoppel, namely that he had relied upon any such representations or suffered detriment as a result of such reliance, nor that it was unconscionable for the claimants to resile from the assumptions or representations.

Sir Anthony then turned to Mr Lydon’s construction argument.  While the BMA stipulated that “approval by a majority of the [band members] … shall constitute approval of the License”, it was silent as to whether such a majority vote would compel the minority to grant their consent to entering into the relevant agreements for exploitation, in this case sync licences.

Although the judge considered that such an obligation did not arise as a matter of construction, he was satisfied that it was an implied term of the agreement.  Such an implied term was, in his view, “reasonable and equitable”, as the minority voters should not be able to frustrate the will of the majority, and it was necessary to give business efficacy to the contract, as the contract would be “ineffective without the term”.

According to media reporting of the proceedings, Mr Lydon likened the BMA to “slave labour” in his witness evidence, a point which was specifically rebutted by Sir Anthony Mann in the conclusion of his judgment:

[The wording of the relief sought by the claimants] was put to some witnesses as being a demonstration that the claimants’ case involved effectively reducing Mr Lydon to some sort of servile state in which he had to do the bidding of an oppressive majority. I do not consider that it has such an effect. It is a declaration as to the effect of the BMA (in the light of the implied term which I have found to exist) and seems to me to be relatively straightforward.

Sir Anthony was critical too of Mr Lydon’s evidence, suggesting that Mr Lydon “was more capable of understanding some of the implications of legal matters than he sought to give the impression of in the witness box” and that he had “become fixated with the notion that the BMA cannot and should not apply, and that has coloured his recollection, narrative of events and the rest of his evidence”.  He described Mr Lydon’s evidence that he did not know the effect of the BMA to be “a convenient contrivance”,in circumstances where Mr Lydon had an English lawyer, a US attorney and his manager advising him, and therefore “even if he did not read it himself, it will have been explained to him and he will have understood its effects”.

The case highlights potential difficulties in relying on an estoppel argument, and the level of factual analysis involved, where the parties’ actions, representations and beliefs are scrutinised in detail.  Mr Lydon raised over a dozen examples (of varying weight) where, in his view, the band members had shifted to a system of vetoes and unanimity rather than majority rule.  Sir Anthony Mann dealt with each of these, even where they had been abandoned by Mr Lydon during the course of proceedings but found none of them to advance his case on estoppel.

Mr Lydon was able to illustrate in a number of instances that either Mr Lydon or Mr Matlock had been the sole objector, and the project in question did not go ahead.  However, in these cases Sir Anthony accepted Ms Camarata’s evidence that she had not sought to overrule Mr Lydon’s (or Mr Matlock’s) objections in the interests of preserving “consensuality” and group harmony, but this was not tantamount to an assumption or representation that the BMA had been abandoned.  Nor was it indicative that a veto system was in place, even though it effectively amounted to “a veto in practical terms”.  The BMA remained operative and the option to invoke it in order to overrule a sole objector (or minority of objectors) was preserved at all times, even if the claimants did not do so until the present case.

This demonstrates the difficulties for defendants relying on an estoppel defence; Mr Lydon may have believed that the ‘majority rules’ provisions had been superseded, but he was not privy to the multiple conversations between other members of the band as to whether they should invoke the BMA.  Although Mr Lydon had become “fixated with the notion that the BMA cannot and should not apply”, and had been abandoned by the parties, clearly the other band members did not agree, and perhaps because of the already tense relationship, it does not appear to be a matter that was explicitly discussed.

The judge addressed that “relationships between band members have always been strained, even going back to the days when the band was performing” and Mr Jones accepted in his evidence that he did not like Mr Lydon, though acknowledging his centrality to the success of the Sex Pistols and expressing a desire to be fair to him.  The judge set out that Mr Lydon’s “difficult relationships with other members [of the Sex Pistols] … has persisted even through their comeback tours in the 1990s and 2002.  It persists today”.  However, in a joint statement issued following the judgment, Mr Jones and Mr Cook remained optimistic that the former bandmates could “move forward and hopefully work together in the future with better relations”, though perhaps Mr Lydon, so frequently in the minority regarding commercial decision making, might disagree.