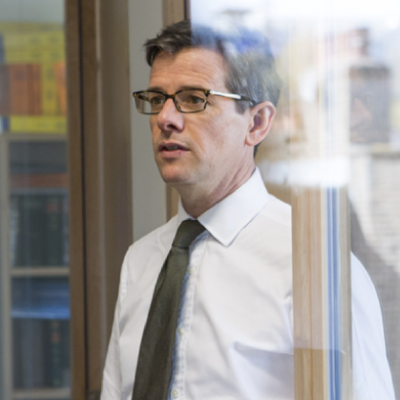 The High Court has ruled on a case brought by a film producer, West Is West Distribution Limited (West), against its distributor, Icon Film Distribution Limited, for breach of a film distribution agreement.1 Criticising the “much larger” defendant for ignoring the claimant’s rights, the court found that West had validly terminated the agreement for Icon’s failure to provide monthly accounts, which West needed to prepare invoices and to be paid.  It was also clear that, on termination, Icon’s obligation to deliver up materials to West included the delivery-up of remaining stocks of DVDs and, more importantly, masters.

In 1998, Ms Leslee Udwin produced the critically acclaimed and successful film East is East.  In 2008, Ms Udwin decided to produce a sequel called West is West.  West was incorporated for this purpose.  Icon approached Ms Udwin, as it was interested in distributing the film, and she decided to appoint Icon as the UK distributor.

On 9 September 2009 the parties entered into various agreements, including an Acquisition Agreement, which appointed as Icon as the sole and exclusive distributor of the film in the UK.  The rights granted under the agreement included theatrical rights, airline rights, home video rental rights, home video sell-through rights and subscription-video-on-demand (SVOD) rights, subject to a one-year holdback period for the SVOD rights from first theatrical release, i.e. not before 25 February 2012.

Clause 10 contained the accounting provision.  Icon was to provide West with statements showing the gross receipts, itemised distribution expenses incurred, the number of videos manufactured, sold, rented and returned, and the royalty due to West.  The statements were due within 60 days from the end of each calendar month from the theatrical release.  Icon was to pay the amount shown as due to West within 28 days of receipt of an invoice together with VAT.

Clause 11 provided that, if a party was in material breach of any of its obligations, the other party could serve a notice to that effect and terminate the agreement on 14 days’ notice.  On termination, Icon was obliged to put all materials relating to the film at the disposal of West, and all monies due to Icon from the exploitation of the film were deemed to be assigned to West.  Clause 14 provided that, on termination, Icon was to cease exploiting the film and to deliver up all materials supplied by West or made by Icon to West without delay.

Clause 10 also set out a list of pre-approved sub-distributors and provided that the appointment of any sub-distributor should be subject to consultation with West.

In August 2011, West invoiced Icon for £125,699 (plus VAT of £25,139) in accordance with the May statement provided.  West asked for details of distribution expenses and, when those were not received, it gave notice of its intention to appoint an auditor.  In September 2011, West requested the statement for June, which was due at the end of August, and asked for the last invoice to be paid.  West made another request for the invoice to be paid, as well as requesting payment of £41,524, being VAT from the previous statement.

On 16 December 2011, having not received a complete statement from Icon for four consecutive months, West served a notice terminating the agreement for breach of clause 10 and requiring the return of materials as provided by clause 14.

On receipt of the notice, Icon immediately paid all the outstanding sums and made what the judge described as “immediate and strenuous efforts” to persuade West to change its mind.

On 13 January 2012, Icon’s solicitors wrote to West accepting that the agreement had terminated on 12 January 2012, but disputing the validity of the notice of termination that West had served.  The letter also set out the steps that had been taken by Icon on termination and explained that West would not be entitled to use materials that included the Icon trade mark.

The parties continued to correspond in the following months.   Icon still refused to deliver up the DVDs in its possession, insisting that it had paid for them and so they were owned by Icon.  It also refused to return the DVD masters.

West then issued proceedings against Icon seeking damages for breach of clauses 11 and 14 of the agreement based on the losses that it claimed it had suffered as a result of Icon’s failure to comply with its contractual obligations, specifically to deliver up materials relating to the film to enable it to continue distributing DVDs.  West also sought payment of £1.1 million or an account of sums received from what it said were unauthorised sub-distributors appointed by Icon (Universal, Spafax and Phantom Media).

Claim for breach of clauses 11 and 14

On this point, the claim depended on whether West was entitled to serve notice to terminate the agreement for Icon’s failure to provide accounts as required under clause 10.  West maintained that the breach of the accounting provision was fundamental, and so a material breach, as without these statements West could not invoice Icon for its share of the net receipts.  His Honour Judge Mackie QC noted that the question was to be answered at the time when the notice had been served, rather than at the time when the statements had subsequently been provided by Icon.

HHJ Mackie QC found that the notice was indeed valid, and that Icon’s obligation to provide accounts was “obviously material and fundamental”, adding that the notice clearly stated that West was terminating the agreement and the reason for doing so.  He agreed with West’s argument, commenting that it clearly needed the information to know how the film was selling and required this information to prepare the relevant invoices.  The fact that the sums involved in this case were comparatively little was “irrelevant”, as was the fact that the matter had been immediately remedied after the notice had been served.  The issue should be judged at the date of the notice, and so the termination of the agreement was valid.

Claim for failure to deliver up materials

West’s claim for damages on this point was based on Icon’s alleged obstruction of West’s attempts to continue to exploit and distribute the film.  West argued that the three months it took to continue the sale of DVDs “killed the sales”, while Icon argued that it was not responsible for the interruption in sales, as it only refused to deliver up master copies that it had created, but provided all necessary materials for West to create new DVDs.

HHJ Mackie QC found that, although there was no definition of “materials” in the agreement, it included the master copies concerned.

As for not handing the master copies over, the parties had, in the judge’s view, clearly contemplated that on termination by notice Icon would have to hand over or destroy materials for which Icon no longer had the intellectual property rights.  In that context, while harsh, that sort of provision was neither penal in the sense that it was unenforceable, nor uncommon, the judge said.  It was also clearly spelled out in the agreement, and so Icon was in breach in refusing to deliver up the materials to West.

That said, the word “deliver” was not entirely clear and explicit enough that it necessarily entitled West to resell entirely for its own benefit (or to treat as its own) materials that had been made by Icon at Icon’s expense (as opposed to keeping them off the market or selling them after agreeing terms with Icon).  Had the materials been delivered, the parties might have had a debate about that, he said, but that did not happen.  So the judge did not accept Icon’s argument that, if the items were “materials”, the clause was unenforceable as a penalty in obliging Icon to deliver up, free of charge, items that were manufactured at Icon’s expense.

On the question of whether there was a loss, the judge said that West could only recover the loss caused to it by the fall in sales due to the breach by Icon in failing to release the masters.  West had to prove that loss.  It was difficult to see, the judge said, any additional loss caused by Icon’s failure to release about 5,000 DVDs and Blu Rays that would have needed alteration to the trade marks before being released.  There was no evidence of that loss, so the “real issue” in dispute was the masters.

The judge found that there was a drop in sales caused by the break in sales between when the masters should have been released and when West eventually obtained them.  The figures of the Official Charts Company showed a drastic fall in sales in the sixth week of 2012.  In light of the termination of the agreement, this was “unlikely to be a coincidence” as the drop in sales happened quite rapidly.  The loss had most likely been contributed to by the actions of West in not managing the problem effectively, but the issue was causation, not mitigation.  Limiting the loss to 2012, the judge was not satisfied that more than 50% of the loss of sales in 2012 was attributable to Icon’s breach.  This put the amount of lost sales at 50,000 DVD and Blu-Ray discs, with an average price per sale of £1.58, of which West would recover 80%.  Still, there was a lack of evidence proving the exact loss, and the judge suggested a formula to assess the amount due and invited further submissions from both parties on that point.

The potential uncertainty around the meaning of “materials” in this case underlines the need for clear drafting of contracts, including the importance of defining terms clearly.  On the facts, Icon was found to be liable for its failure to hand over the master copies, which had prevented West from continuing to distribute DVDs.  It was irrelevant that West could create new masters without the copies, as Icon had not made that clear to West at the time.  So it was reasonable for West to insist on its rights under the agreement, especially in the context of Icon’s mistreatment of West.

On that front, the judge roundly criticised Icon’s conduct.  In the judge’s view, West “reasonably formed” the impression that its rights were being “flagrantly ignored to assist the much larger Defendant’s cash flow”.  For the judge, Icon’s obligation to provide accounts was “fundamental”, regardless of the relatively minor sums involved.  And Icon’s claims that West’s subsequent conduct was unreasonable overlooked the fact that at this point West “understandably thought that it was being treated with contempt” and saw that Icon would “only respond if threatened with audit or similar action”.

West is a small production company and needed the accounts so that it could work out its own finances and be paid.  Icon is a much larger production company, but failed to dedicate the necessary time to its contractual obligations, as demonstrated when Icon simply paid up in full once it received the termination notice.  Ultimately, this reliance on its stronger financial position did Icon no favours when its conduct was scrutinised by the court.