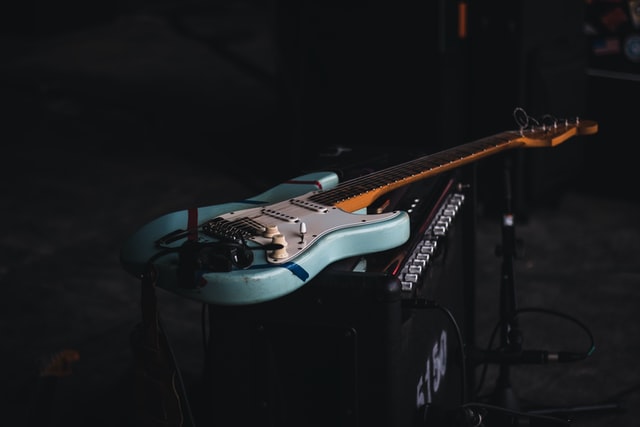 Ed Sheeran has bemoaned the proliferation of “baseless” copyright claims that are threatened in the hopes of extracting a nuisance settlement (perhaps they could even be called SLAMs – Strategic Lawsuits Against Musicians?). He hopes this case will change the landscape of music litigation in years to come. Is he right? The judgment has received widespread coverage in the mainstream media, as often happens with celebrity litigants, but it doesn’t advance the law in any material respects. Nevertheless, it is a useful insight into how the courts will assess a claim for copyright infringement in cases involving two songs with “striking similarities”.

The background is well-known but, in brief, it was said that Mr Sheeran and his co-writers either consciously or unconsciously copied the hook “Oh I, Oh I, Oh I, Oh I” in his song Shape of You from the “Oh Why, Oh Why, Oh Why, Oh” in the chorus of Mr Chokri’s song Oh Why. The judge, Mr Justice Zacaroli, provided a useful breakdown of the relevant legal issues at paragraphs 19-28 of the judgment, which can be summarised as follows:

One has to look at the specific facts of each case to determine how these two elements interact with each other. For instance, less evidence of access will be required to shift the burden if the infringement relates to highly individual or intricate musical elements than would be required for a commonplace or simplistic musical element. However, it will likely never be good enough to say that the earlier song was uploaded to the internet and therefore the defendant had the ability to access it, as tens of thousands of new songs are uploaded to the internet on a daily basis.

Whether subconscious copying has taken place is a question of fact (which makes it harder to appeal a judgment) but it will be necessary to establish a) proof of familiarity with the allegedly copied work and b) a causal link between the allegedly infringing work and the earlier work. Unlike conscious copying, there is no shifting of an evidential burden., The court, however, can draw inferences from other evidence to establish familiarity with the earlier work.

The court will look at all of the evidence, including the character of the works, any objective similarities and the inherent probability that such similarity could be due to coincidence, the degree of familiarity that the defendant had with the earlier work, the existence of other influences on the defendant and, perhaps most importantly, the quality of the defendant’s own evidence on whether the claimant’s work was present in his mind or not.

Mr Chokri and his team tried hard to undermine Ed Sheeran’s credibility. They claimed he had acted oppressively in starting these proceedings so as to intimidate Mr Chokri, they said that his evidence to the court was "riddled with inconsistencies, evasiveness, and confusion" and had on occasion been untruthful, and they painted him as a “magpie” that regularly appropriated the work of other artists and only bothered to give them credit if they were famous. They cited the high-profile settlement over Ed Sheeran’s track Photograph as an example of this alleged habitual copying, as well as accusations that Sheeran had also copied from the works of TLC, Shaggy and Bob Dylan.

The judge rejected every single one of these points. Whilst it is no wonder that Mr Sheeran and his co-writers released a statement describing the lawsuit as “one of the most difficult things we have ever been through in our professional lives”, hopefully they can take comfort in the fact that vindication for Shape of You also included a measure of vindication in relation to their other tracks as well.

Outcome - Shape of You vs Oh Why

The judgment provides a detailed consideration of all of the evidence available including analysis by forensic musicologists, contemporaneous voice notes from the writing session in which Shape of You was written, contemporaneous emails relating to the various strands of the complaint, media interviews given by Ed Sheeran following the release of Shape of You and (perhaps most importantly) witness evidence from the parties themselves.

Future litigants would do well to note that it is dangerous to try to infer guilt from a group of writers’ inability to remember who came up with particular elements of a song that they wrote together in a live session several years beforehand. It is not reasonable to expect people to remember such granular details especially where the particular element of the song would not have appeared significant to them at the time. Keeping good recordings from those writing sessions can be very helpful both as an ‘aide memoire’ and as corroborating evidence if things get contentious further down the line.

Similarly, the fact that an artist gives inconsistent answers to similar questions in media interviews will likely not lead to an inference that they are being dishonest. The judge was content to accept that “Mr Sheeran has given many, many interviews for promotional and entertainment purposes – no doubt being asked the same or similar questions about Shape on multiple occasions. The fact that there are some discrepancies in the details of his descriptions of writing Shape is not surprising, and not a reason to disbelieve the evidence given at trial, corroborated by others as it has been”.

The judge found that while there were similarities between the “Oh I” and “Oh Why” phrases, there were also significant differences. The judge’s analysis of a) how the “Oh I” phrase is used in Shape of You more broadly, b) the writing process for “Shape of You” and c) how the “Oh I” phrase in particular had evolved throughout the songwriting process, provided compelling evidence that it was not copied from Oh Why. In relation to the similarities, the judge found that:
‍

The evidence provided showed no more than a speculative foundation for Mr Sheeran having even heard Oh Why and failed to satisfy the burden of establishing any copying had taken place, whether conscious or subconscious.

As an aside, the judge noted that the evidence of similarities and to access to Oh Why was not even enough to shift the evidential burden to Mr Sheeran, but even if the burden had shifted then Mr Sheeran had provided sufficient evidence to show that he did not deliberately copy the “Oh I” phrase.

Will the judgment change things?

The judgment will stand out in everyone’s memories as a high-profile example of how specious copyright claims can backfire if artists are willing to go the distance to defend themselves. It might deter unscrupulous trolls from thinking that Ed Sheeran is an easy mark, but beyond that it is unlikely to deter many claimants because most claims are not brought cynically, although they may be speculative, as this one was shown to be. In the main they are brought by artists who genuinely feel (rightly or wrongly) that their work has been infringed.  The risk of an adverse costs award being made against an unsuccessful claimant might be a greater deterrent to such speculative claims.