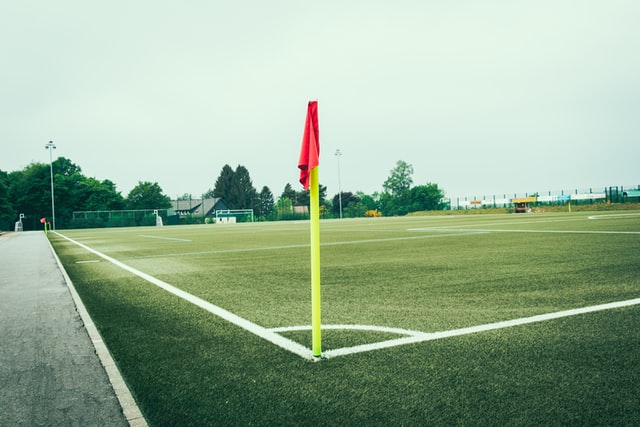 In disciplinary and appeal rulings FIFA found that variable sell-on clauses included in transfer contracts of players sold by Arsenal breached FIFA’s rules prohibiting third-party influence.  FIFA ruled that, where a clause would cause a greater percentage of a sell-on fee to be paid if a player is transferred to one club rather than another, that would impair the freedom of the selling club and as such would violate FIFA’s rules.

But Arsenal appealed, and the Court of Arbitration for Sport (CAS) ruled in Arsenal’s favour, finding that Arsenal did not have undue influence over any transfer, and setting aside the earlier decisions and lifting the sanctions.

In reaching its decision, CAS commented that:

Following a decision against Arsenal by the FIFA Disciplinary Committee (DC)[2], the FIFA Appeal Committee (AC)[3] upheld the DC’s ruling that Arsenal’s inclusion of variable sell-on clauses in the contracts for the transfer of Chuba Akpom and Joel Campbell from Arsenal breached Article 18bis (Third-party influence on clubs) of FIFA’s Regulations on the Status and Transfer of Players (RSTP).[4]  Additionally, article 4 paragraph 3 of Annexe 3 of the RSTP requires clubs to declare third-party payments and influence, and Arsenal were also found to have breached that obligation.

Arsenal appealed to the Court of Arbitration for Sport (CAS),[5] which ruled in Arsenal’s favour.

In Arsenal’s case, the transfer contracts for Chuba Akpom and Joel Campbell contained sell-on clauses whereby, in broad terms, if the buying clubs (Frosinone Calcio and FC PAOK Thessaloniki respectively) sold the players to clubs in the UK, the percentage of the fee that the buying club would pass through to Arsenal would be greater than if they had sold the players to clubs outside the UK.

In 2020 Akpom was sold to Middlesbrough for £2.25 million, while Campbell plays in Mexico for Monterrey on loan from Leon.

The primary issue was whether FIFA’s prohibition on third-party influence was violated by variable sell-on clauses such as the ones found in Arsenal’s transfer contracts.  The concern is that the inclusion of those clauses impairs the buying club’s ability to act independently of influence from the selling club, such that any future transfer of the player concerned would be directly affected by the financial/commercial mechanism of the clause, contrary to Article 18bis of the RSTP, which states that: “No club shall enter into a contract which enables the counter club/counter clubs, and vice versa, or any third party to acquire the ability to influence in employment and transfer-related matters its independence, its policies or the performance of its teams.”

A secondary issue was that Arsenal failed to declare the third-party influence, in breach of article 4 paragraph 3 of Annexe 3 of the RSTP, but this article will focus on the primary issue.

Arsenal raised various points in response to the allegation that their variable sell-on clauses breach Article 18bis, including that:

Decision of the DC

While the DC’s ruling did not address each of Arsenal’s points (e.g. it failed to address Arsenal’s assertion that Arsenal and other clubs have used similar provisions in the past without any issues raised by FIFA), the DC made the following points:

Accordingly, the DC ruled against Arsenal, finding that the clauses violated Article 18bis.

Decision of the AC

Arsenal then appealed to the AC, reasserting (in broad terms) the points it had made to the DC, together with arguments concerning procedure and the sanctions imposed by the DC. Upholding the DC’s ruling, the AC framed its response as a series of questions, making the following points in response.

What is the prohibition foreseen in Article 18bis?

Considering Arsenal’s argument that the DC’s interpretation of Article 18bis extended beyond the purpose for which it was implemented, the AC affirmed that Article 18bis applies to both “the influencing club and the influenced club”, i.e. not just to third parties not affiliated to FIFA.

Turning to the meaning of “influence”, the AC referred to rulings from CAS to determine that influence, in the context of Article 18bis, means “the real ability to effect on, determine or impact the behaviour or conduct of the concerned club in relation to employment and transfer-related matters in such a way as to restrict the club’s independence or autonomy in such matters.”

On that basis the AC was satisfied that, by virtue of the relevant clauses, Arsenal had a real ability to affect, determine or impact the behaviour or conduct of Frosinone and PAOK.

Do the clauses constitute a breach of Article 18bis?

AC affirmed that the relevant clauses influenced each club’s freedom to decide to which club to transfer the respective players, because the effect of the clause is that neither club is fully independent.  The AC added in this respect that:

(a) Whether or not influence has actually been exercised is irrelevant when establishing a breach of Article 18bis.  Any real possibility that a club’s decision making could be influenced is sufficient to breach Article 18bis.

(b) A limitation in relation to certain clubs or a specific geographical area is also not relevant to whether or not there has been a breach of Article 18bis, even if such measures lessen the scope of influence.

Appeal to the CAS

Arsenal then appealed to the CAS. The CAS hearing was listed for 16 March 2021, and the outcome has recently been reported.  In reaching its decision that the sell-on clauses in each contract did not violate the prohibition set out in Article 18bis, the CAS commented that:

As such, the CAS ruled that the appealed decision should, therefore, be set aside and the sanctions imposed on Arsenal should be lifted as a result.

Even though Arsenal won on appeal to the CAS, the rulings in this case have still touched on a number of points in the context of player transfers.

First, a point not specifically dealt with by either the DC or AC (or the CAS) is that Arsenal and other clubs have used sell-on clauses previously without concerns raised by FIFA. For instance:

By contrast, there are also instances where FIFA has sanctioned other clubs for including clauses deemed to have breached Article 18bis:

The position above is anything but clear.  There appear to be conflicting approaches from within FIFA on the same subject matter, and the CAS was careful to make a ruling on the particular facts of the case.  To avoid future issues of this nature, it would be helpful to have clear guidance from FIFA on what is (and what is not) permissible.

There may also be a concern that FIFA’s stance might permeate commercial terms of transfer contracts more generally.

While some transfer contracts may be structured extremely simply, e.g. whereby a lump-sum is paid (in full) by one club to another for the transfer of a player and that is the end of it, often the structure of the transfer is considerably more complex, and it may include various provisions addressing conditional payments, e.g. an amount to be paid to the selling club for each game in which the relevant player plays for the buying club, an amount to be paid to the selling club when the relevant player has played a certain number of games overall for the buying club, and so on.

As provisions of this nature are relatively commonplace, it would be helpful to have guidance from FIFA on this point too. Failing that, sell-on clauses may keep coming back to the DC, AC or CAS for determination on their own particular facts.