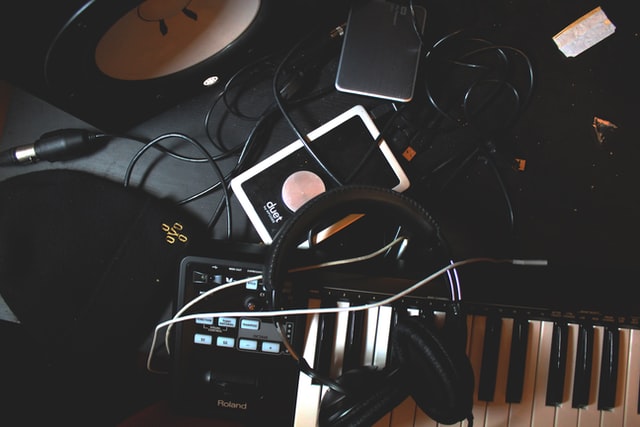 Keiran Hebden, known professionally as Four Tet, has reached a settlement in his proceedings against his former label Domino Records (‘Domino’). The background to this legally complex claim was covered in an article by our Rachael Heeley for the Entertainment Law Review, which you can read on our website here

In simplest terms, Four Tet had issued proceedings against Domino in the Intellectual Property Enterprise Court in December 2020 claiming damages for failure to account properly to him for streaming and downloads of three of his historical albums, recorded and released at a time when digital distribution of music distribution was less common than it is today. Domino had been paying Four Tet an 18% royalty on income from streaming and downloads on those albums, in line with the rate they paid for sales of physical copies, however Four Tet argued that the licensing income rate of 50% should apply instead. He sought damages capped at £70,000 and a declaration from the court on how the contract should be interpreted.

In November 2021 Domino offered to pay Four Tet the monetary damages that he was seeking, but also removed the three albums at the centre of the dispute from streaming services and said that it would not exploit them digitally without reaching agreement with Four Tet first. Domino then applied for summary judgment in the proceedings, saying that in light of their offer and their conduct there was no longer any reasonable justification for pursuing the claim. This was a move designed to obviate the need for the court to make a declaration on the interpretation of their historic contracts, which could then have been cited in other cases. However, the move proved controversial – it provoked outcry from several representative groups in the music industry and led to Four Tet adding additional grounds to his claim, as he considered Domino’s actions to be a fundamental breach of their obligations under the historical agreement.

According to the terms of the settlement that has now been reached, Domino has agreed to pay Four Tet an amount calculated to bring his royalties up to 50% on streaming and download income earned in the three years prior to the issue of the claim. Domino also agreed to pay interest on that historical amount and going forwards agreed that they would pay the 50% royalty rate on any of Four Tet’s streaming and download income (it should be noted that Domino voluntarily restored the three albums to streaming services in February 2022, over a month before they made this latest settlement offer). Four Tet had also, as part of the claim, been seeking to recover the copyright in his master recordings, however this was not included in the settlement and the copyright therefore remains with Domino.

Four Tet has published the full terms of Domino’s Part 36 offer on his Twitter page [Note: settlement offers made under CPR Part 36 are not confidential] together with the following statement:

I have a bodacious update on my case with @Dominorecordco. They have recognised my original claim, that I should be paid a 50% royalty on streaming and downloads, and that they should be treated as a license rather than the same as a CD or vinyl sale. It has been a difficult and stressful experience to work my way through this court case and I’m so glad we got this positive result, but I feel hugely relieved that the process is over.

Hopefully I’ve opened up a constructive dialogue and maybe prompted others to push for a fairer deal on historical contracts, written at a time when the music industry operated entirely differently. I really hope that my own course of action encourages anyone who might feel intimidated by challenging a record label with substantial means. Unlike Domino, I didn’t work with a big law firm and luckily the case took place in the IPEC court (where legal costs are capped) so I was able to stand my ground. Sadly Domino still own parts of my catalogue for life of copyright and would not give me an option to take back ownership.

I hope these types of life of copyright deals become extinct – the music industry isn’t definitive and given its evolutionary nature it seems crazy to me to try and institutionalise music in that way. I feel so thankful for the people who worked with me on this, all of them understood my motivation, and I am truly grateful for all of the fans and artists who showed support for the intention here [1]

Four Tet has repeatedly asserted that he brought this claim in order to promote change in the way that artists are remunerated for streaming income. Will this settlement bring about the change that he was seeking?

In the years since the claim was filed, this subject has been the focus of heated debate and a DCMS Committee recently released a report calling for the government to implement a “complete reset” in this area.

This settlement shows that it is possible to address the insufficiencies in these historic recording deals, and for artists to obtain a bigger piece of the pie. Domino’s repeated attempts to settle throughout the proceedings could be interpreted as anxiety on their part about how the court would construe the contract. No doubt there are many artists who would have liked to see this case go all the way to trial so that the courts could have provided an instructive precedent.

Four Tet’s success will surely give other artists the confidence to start discussions with their labels about the applicable royalty rates under their historic deals, however it would be surprising for this settlement to lead to widespread proactive change in the way streaming income is apportioned by the labels. Given the industry’s reaction to the DCMS report, it is more likely that for the time being the various interested parties will focus on the government’s proposals and lobbying to ensure that their interests are protected.