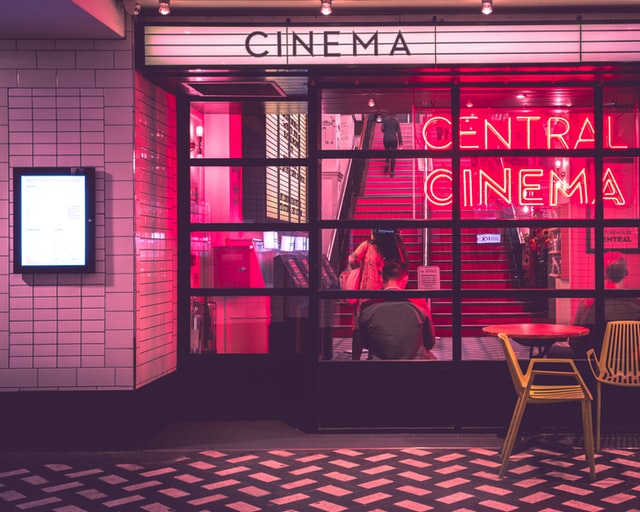 In the third such case in 2021, the High Court again ruled against a tenant seeking to defend a claim for rent arrears accrued during the pandemic.  The court granted summary judgment in favour of the landlord, London Trocadero, in a claim valued at around £2.9 million. Picturehouse Cinemas had argued that rent was not due, based on implying terms into the lease or a total failure of consideration. The court rejected that argument and also dismissed the tenant’s earlier application to adjourn due to the Government’s plan to legislate for a binding arbitration scheme for arrears of rent.

In the third such case in 2021, the High Court once again ruled against a tenant seeking to defend a claim for rent arrears accrued during the Covid-19 pandemic. [1]  The court granted summary judgment in favour of the landlord, London Trocadero, in a claim valued at around £2.9 million. The tenant, Picturehouse Cinemas, had argued that rent was not due, based on implying terms into the lease or a total failure of consideration. The court rejected that argument and also dismissed the tenant’s earlier application to adjourn due to the Government’s plan to legislate for a binding arbitration scheme for arrears of rent.

The pandemic has been a particularly fraught time for entities operating in the offline entertainment space.  Cinemas have been especially exposed to losses of earnings arising from a sharp decrease in footfall, as theatre doors have had to remain shut due to pandemic measures, and then as limited numbers of movie fans made a cautious return as and when restrictions were lifted.

Picturehouse Cinemas Ltd operated a cinema from the Trocadero Centre in central London.  It held two leases of the premises, under which the user clause provided that the premises could only be used as a cinema.

As a result of various measures introduced by the government during the pandemic, the cinema was forced to close for significant periods during 2020 and 2021.  The tenant had not paid any rent since June 2020, and so the landlord, London Trocadero (2015) LLP, sought summary judgment for arrears of rent and service charges for the sum of around £2.9 million.

The tenant sought to defend the claim by raising the following two arguments:

The tenant’s defence also included a counterclaim for rent paid on 31 March 2020, but alleged to be paid under mistake of law.

The power of the courts to imply terms into a contract is limited: the default position is that nothing is to be implied into a contract (in the absence of ambiguity).  The court will not imply a term as a matter of interpretation unless: (a) it is necessary to give business efficacy to the contract; and/or (ii) the implied term is so obvious that it goes without saying. [2]

As a result of the pandemic, the tenant’s revenue was reduced to £247,000, in comparison with £8.92 million for a comparable period in 2018 to 2019.  The tenant’s position was that, as income would be derived from use of the premises as a cinema, it was both obvious and necessary for business efficacy that rent should not be payable during periods where the premises cannot be used as a cinema.

Further, the landlord argued that the second implied term was equally non-obvious, because there was no evidence that any forecast attendance levels were discussed by the parties, and the length of the leases (more than 25 years) meant that it was impossible to decide the levels at which rent payments would be suspended.

The tenant argued that, as the parties did not contemplate the Covid-19 pandemic, the correct approach would be for the court to consider objectively what the parties would have intended if the potential for such an event had been put to them.

For an argument of failure of consideration (also known as “failure of basis”) to succeed, it must be shown that a party has failed to fulfil its contractual obligations, but received the associated benefit.

Yet the landlord argued that the foundation of the lease is “simply the grant of a term of years to the tenant in return for the payment of rent and other sums due under the leases”, adding that “any understanding as to how the premises are intended to be used cannot be fundamental to the basis”, but is “merely an expectation which motivated a party to enter into a contract”.

In considering the tenant’s defence based of failure of consideration, it was necessary for the court to consider whether the continued and uninterrupted lawful use of the premises as a cinema was fundamental to the basis on which the tenant entered into the leases, or whether it was simply an expectation that motivated the tenant to enter into the leases.

The High Court held that neither of the proposed implied terms met the efficacy or obviousness test, and they were also inconsistent with the express terms of the leases.  It was not enough that a term may be fair or reasonable, nor that the parties would have agreed to it had it been suggested to them, as the test is one of necessity and not reasonableness.

Robin Vos, sitting as a deputy judge of the High Court, commented: “In my view, the requirement for the tenant to pay rent even though the premises could not be used for the intended purpose as a result of unforeseen, extraneous events does not deprive the leases of business efficacy or mean that they lack commercial or practical coherence.”  He added: “There is no good commercial reason why the loss should necessarily be borne by the landlord.”

The judge also concluded that there was no failure of consideration.  He found that “allowing a failure of basis as a self-standing concept to provide a defence to a contractual claim would be tantamount to extending the doctrine of frustration so as to allow obligations under a contract to be suspended as a result of what might be termed temporary or partial frustration”.

In light of the existing terms of the leases, the continued use of the premises as a cinema was not “fundamental to the basis” on which the parties entered into the leases.  The judge pointed out that both parties had considered the allocation of risks within the terms of the lease, and that the suggested failure of basis would interfere with the agreed allocation.

This is the third case where a tenant has sought to raise similar defences to arrears accrued during the pandemic, and it highlights the stringent threshold that must be met to imply terms into a contract and the importance of the intent of parties when entering into a lease.

The case supports previous decisions [3] in favour of landlords seeking to recover arrears of rent and service charges during periods where tenants have been unable to trade from their premises as a result of the restrictions put in place by the Government due to Covid-19.

Although the outcome is discouraging for tenants, there may be scope for tenants to argue that they entered into the lease on the fundamental basis of their intended use in circumstances where the allocation or risk has not been considered within the terms of the lease.

The tenant has been granted permission to appeal the High Court’s decision.  So it remains to be seen whether the Court of the Appeal might decide that landlords should share in the financial burden caused by the pandemic, or whether the tenant’s predicament is still considered insufficient to interfere with the terms of a commercial contract.

We have previously reported in this topic - please see our earlier bulletin for further commentary.