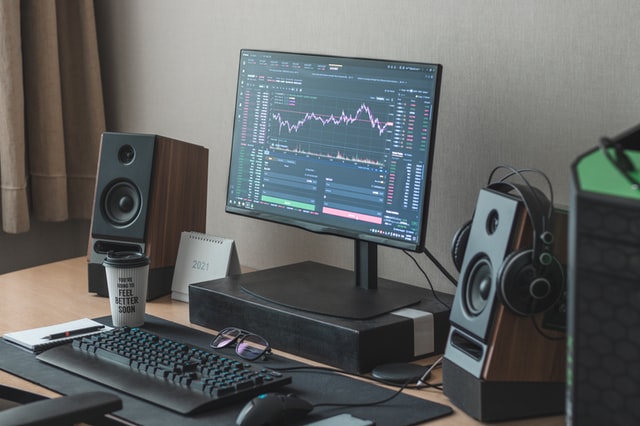 Non-fungible tokens, also known as “NFTs”, have become a hot topic as creators seek to capitalise on the novel use of blockchain technology as a new source of revenue.  Examples from the music industry include Grimes’ digital art collection, which was sold for roughly $6 million,[1] the launch by Mike Shinoda (co-founder of the band Linkin Park) of a single via a blockchain-backed auction site, described as the sale of a “digitally autographed MP3”,[2] and an auction by Kings of Leon of various NFTs, as well as their release of an album as an NFT.[3]

A recent DCMS inquiry[4] concluded that artists in the music industry are not being equitably compensated from digital streaming of their content, and many artists seem to be viewing NFTs as a valuable new revenue stream.  In light of this, we take a closer look at the some of the contractual and intellectual-property considerations that might arise when NFTs are exploited in the entertainment industries.

What is an NFT?

NFT’s are commonly created or “minted” on the Ethereum or “ETH” blockchain – a distributed ledger technology or “DLT”.  How DLTs work is a separate topic, and that has already been written about widely. In the case of ETH and NFTs, when an NFT is minted, the details of that NFT (including additional information such as meta data and/or a URL linked to digital content like an MP3 file) are logged onto the blockchain or “ledger” as a time-stamped and unalterable “block”.  That is then “distributed” to a decentralised, peer-to-peer network of devices, known as “nodes”, forming a “chain” for the data – hence the terms “blockchain” and “distributed ledger”.  Each node verifies changes to the ledger, as well as entry of new blocks onto the ledger, by comparing the data on the ledger against the ledger held by all of the other nodes, meaning that there is no single point of failure susceptible to alteration by a bad actor.  In short, NFTs are both unalterable and verifiable, without the need for a centralised authority implementing or verifying the transactions.

That does not necessarily mean that the digital content associated with an NFT is unique: any number of NFTs could be minted, even for exactly the same digital content.  What this does mean, though, is that each NFT can be distinguished from any other, even if the associated digital content is identical. That is why they are considered “non-fungible”: one NFT cannot be exchanged for an equivalent other, unlike traditional currency or other cryptocurrencies, such as Bitcoin, which are fungible.  It is this quality that makes an NFT have the potential to be collectible.[5]

How are NFTs monetised?

The use case for NFTs does not stop at the sale of artwork.  The entertainment industries have embraced the technology – potentially, in part at least, due to reduced revenues during the pandemic from physical sales and events – and have devised creative uses for a verifiable, traceable and non-fungible token.  For example, NFTs have been used:

There are now several platforms on which NFTs can be bought and sold depending on the use case, such as OpenSea.[10]  Those platforms typically sell minted NFTs to the public, either at auction or for a fixed price.  Sales are usually in exchange for cryptocurrencies, often ETH itself, and agreements are executed via smart contract, commonly subject to the terms and conditions of the individual platform.  So payment is often made immediately on the sale by linking the purchaser’s crypto-wallet to the smart contract.

The value of an NFT often resides in its rarity or collectability.  As such, a key consideration for purchasers will be whether the creator of the NFT could create more NFTs for the same asset, in effect diluting the rarity and value in the NFTs already sold.  For this reason, some consider NFTs to be a high-risk investment.  Those commentators question whether the upsurge in NFT sales is a bubble ready to burst, as opposed to a stable investment vehicles for collectibles in future years.

Additionally, some commentators have raised environmental concerns relating to NFTs.  As DLTs require multiple thousands of nodes to verify transactions, each transaction on the blockchain is inherently very energy-inefficient, with some estimates equating a single NFT’s carbon footprint to a month of carbon emissions for an average EU citizen.[11]  Ethereum is already looking for a solution to this issue[12], and high-profile NFT sellers have, in the past, offered to offset the carbon impact of the sale.[13]

Despite the concerns raised by some, the current buzz around the potential applications of NFTs in the entertainment space is undeniable, as the industry has continued to see commercially successful NFT projects launched, and with an increasing frequency.  According to one Reuters report, the NFT industry saw total sales expand from $13.7 million in the first half of 2020 to $2.5 billion in the first half of 2021, after seeing a significant rise in uptake in February 2021.[14]  In light of this, it is no wonder that many creators and entertainment companies are keen to capitalise on what they see as an opportunity for an important new revenue stream.

Buying an NFT is just that – a purchase of the token itself.  It does not intrinsically include the underlying intellectual property rights in the work associated with the NFT.  The terms for the sale of Mike Shinoda’s single expressly note that the NFT purchasers “have no right to license, commercially exploit, reproduce, distribute, prepare derivative works, publicly perform, or publicly display the NFT or the music or the artwork therein”.

That is not a new concept for purchasers of creative works: a purchase of an original painting does not also grant rights to produce prints of that painting, which remain with the copyright owner (normally the work’s creator).  In fact, artists for physical works have additional rights, including resale rights in the EU, which (in theory) provides downstream revenue for artists as their works are sold between collectors.[15]

NFTs could prove to be an effective way for digital artists to derive an equitable benefit from resale of their works.  Although this would not currently fall within the EU legislative regime, there is no restriction on contracting for such rights on first sale, which could be executed via smart contract and would provide automated income for the artist without the need for active enforcement.  Perhaps the most famous example of this is Beeple’s sale of "Everydays: The First 5000 Days", which was resold at Christie’s for 1,000% more than the price at which it was originally sold to a collector.[16]  The artist made more from the resale than the original sale, due to an automatic 10% resale royalty executed via the NFT platform Nifty Gateway.[17]

It is important to ensure that purchasers of NFTs are aware of what rights are incorporated into the sale of the NFT, to prevent accidental IP infringement.  As discussed, in most cases purchasers of collectibles will not be purchasing associated rights to exploit the underlying IP.  Yet it is feasible for rights in a copyright work (or other underlying IP) to be included with an NFT, but that will always be subject to the terms of the individual deal (and potentially raises rights clearance issues).  For example, some musicians have tied royalty rights to a single or catalogue to an NFT, which is then auctioned, allowing fans to “invest” in the artist in a meaningful way via a smart contract, while giving the musician a mechanism to realise a large up-front payment.[18]

Another important contractual issue is how NFTs should properly be treated under the terms of existing exclusive artist contracts, such as exclusive recording agreements.  For instance, it has already become a potentially contentious issue as between a recording artist and a record label, in terms of whether or how far: (a) an NFT is a new format and therefore what royalty base should apply and what royalty rate should be payable; and (b) NFTs fall within any artist’s reserved merchandising rights or within any passive participation for a label in an artist’s separate activities.  It appears that there will be no standard answer to any such questions, as it will be a question of fact in each case depending on what the contract provides for and, if ambiguous on the point, how the relevant artist contract should be interpreted on true construction.  That said, to settle the point, it seems likely that artist contracts may anyhow start to be renegotiated between the parties and amended to deal with the opportunities presented by NFTs.

It can be tempting to draw analogies between emerging technologies like NFTs and traditional methods to prove an artistic work’s provenance.  Comparisons have been made between NFTs and certificates of authenticity – think collectibles and antiques, or signatures on original pieces of art. They may also be akin to proof of a “limited run”, denoting the specific number of a print for an artistic work’s print run.  In truth, though, NFTs are their own unique case.  Essentially, an NFT denotes originality and, frequently, rarity – of the NFT itself, but not necessarily of the underlying work.

It is easy to see their value in, for example, digital art.  Historically, each physical canvas painted by an artist would be unique and inherently “non-fungible” – a trait that up until the adoption of NFTs could not be replicated for digital art.

Critics attest that any connotation of rarity relating to NFTs is both arbitrary and contrived.  It is true that anyone could use a Nyan Cat gif, while only one person can own the NFT issued by the artist for the same gif (which sold for roughly $600,000 worth of ETH).[19]  The one-off nature of the NFT is a construct of the artist’s making.  Yet that is arguably no different from issuing a limited print run, or tightly controlling the copyright over an original piece.  Plenty of artists sell NFTs as collectibles, and do not claim that they are “one-offs”.  For example, Deadmau5 sold thousands of digital collectibles in December 2020.[20]  Scarcity in the creative fields is, more often than not, attributable to the rights-holder’s limitation of the supply of the relevant work.

It is understandable that, for some, the lack of a tangible object to which to assign such scarcity may be a deal-breaker.  Yet as the surge in NFT activity has shown, that is not a deterrent for all collectors, and the NFT industry continues to be legitimised as it is adopted by traditional auction houses, such as Christie’s.

As the NFT market grows, it is understandable that artists and entertainment companies will want to exploit the potential additional revenue stream.  The key to doing so responsibly will lie in educating the relevant public on the new risks in buying such collectibles, the rights associated with the purchase and how to offset the potential environmental impacts.

As specialists in intellectual property and commercial law, with a deep understanding of the entertainment and technology sectors, we at Simkins are well placed to advise on the legal and commercial issues surrounding NFT exploitation.  Please contact Nick Eziefula if you would like further information on our capability in this area, or if you have any queries on the content of our article.