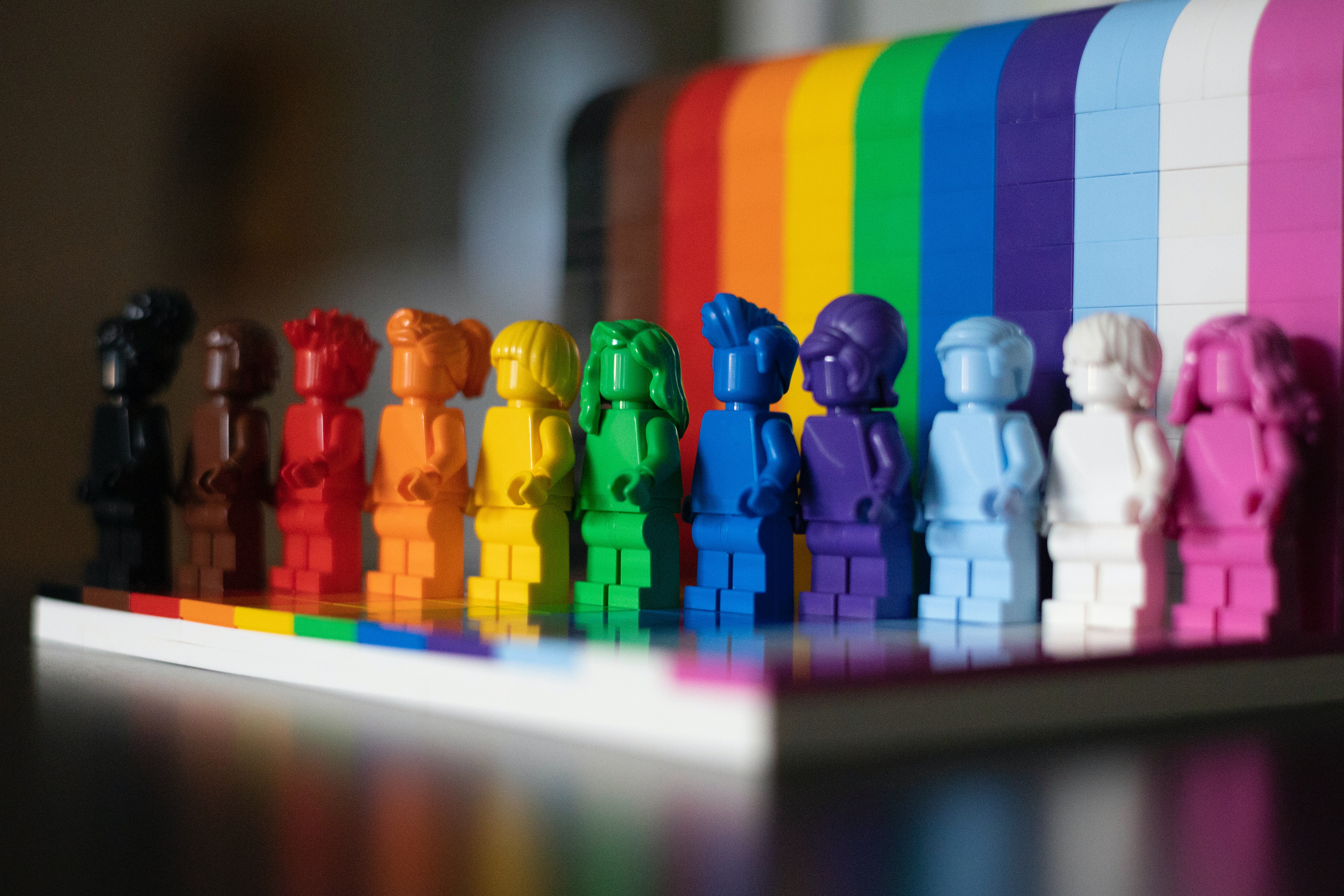 Family Associate, Jessica Keal, takes a brief look at the history of LGBTQ+ rights, their relationship to family law, and some areas for future reform.

This Pride month, you may see a lot of articles about LGBTQ+ rights which make use of the term ‘we’ve come a long way’ when referencing the current state of the law in relation to LGBTQ+ rights. It’s true that in comparison to the treatment of those members of the LGBTQ+ community in the centuries prior to 1967, ‘we have come a long way’; but it is a pretty low bar. As recently as the mid-19th century, sexual acts between men were punishable by death, and remained illegal until 1967. We no longer condone state sanctioned murder, and many of the rights enjoyed by heterosexual, cisgender people can also be extended to those who do not fall under those categories. So yes, by those standards I suppose we have come a long way in affording people basic human rights. But the progress that has been made must not be allowed to mask the fact that many in the LGBTQ+ community still do not enjoy the same rights and privileges as those who do not identify as LGBTQ+.

However, as the saying goes, to understand where you’re going, you need to know where you’ve been. The intention of this article is not to minimise the achievements of those who have fought for LGBTQ+ rights. It’s twofold; to highlight the struggle that those people have been through to get to a position where they‘re afforded rights that many take for granted, and to look at the current state of the law and how it needs to change.

To start by debunking a myth – ancient Rome was not always the tolerant society for gay and lesbian relationships that we have been led to believe. In 1st century Roman Britain, sex between two men was criminalised. Indeed, attempts to circumvent these laws may well have led to castrations of men in order to provide sexual partners who were not considered to be ‘male’. Some centuries later, King Henry VIII passed the Buggery Act 1533, which effectively criminalised all sexual activity between two men, with the penalty of breach being death. For centuries prior to this Act being passed, the Catholic Church (a bellwether of English morality at the time) had been positioning gay and lesbian sex as a sin in the minds of the public. In 1540, Walter Hungerford, the 1st Baron Hungerford, became the first person to be executed under the Buggery Act.

The 18th century saw the first glimmer of hope that things may change. It started poorly, with three men being hanged for committing sexual acts with other men. However, in 1772, Captain Robert Jones was put on trial for having sex with a 13-year-old boy. It sparked a public debate about the human rights of gay men. Jones was ultimately acquitted , but people began to speak out about the decriminalisation of same-sex relations and the last execution took place in 1835. The punishment for ‘buggery’ was downgraded from the death penalty to life imprisonment in England and Wales in 1861. In 1885, most likely driven by the strict Victorian morals that were pervasive at the time, the Criminal Law Amendment Act was passed which made any male sexual act with another man illegal. This included those acts taking place in private. It was under this law that Oscar Wilde was convicted and sentenced to the two years’ hard labour which most likely contributed to his death three years after release. Lesbianism avoided much legislative control as Parliament felt it dangerous to draw attention to its existence.

After the Second World War, transgender identities became more visible. Although not a new phenomenon (many Native American cultures had their own definitions for transgender people who were an integral part of their society. It was European colonists who began to refer to transgender people in derogatory terms ) the term ‘transgender’ is a more modern term. In 1946, Michael Dillon published a book which described the gender reassignment surgeries he underwent. In 1951, Roberta Cowell became the first person to undergo vaginoplasty surgery in the UK.

In 1957, following a wave of prosecutions against high profile gay men such as Alan Turing, the Wolfenden Report was published which recommended sexual relationships between two men should no longer be criminalised. In 1967, the Sexual Offences Act was passed which partially legalised same-sex acts between men over the age of 21 in England and Wales. Scotland and Northern Ireland followed in the 1980s. The Isle of Man did not decriminalise same-sex acts until 1994. 1970 saw the landmark case of Corbett v Corbett, in which it was ruled that the marriage between a man and a transgender woman was void, as she was considered to be biologically male. The precedent set down by this case influenced cases dealing with transgender rights well into the 21st Century.

Several laws aimed at improving the rights of lesbian and gay people followed over the next few decades. In 2002, same-sex couples were given equal rights in relation to adoption and in 2004, civil partnerships became permissible under law. The Gender Recognition Act, allowing people to gain legal recognition of the gender with which they identify, was passed in 2004. Discrimination based on sexual orientation was banned in 2007 with gender reassignment becoming a protected characteristic in terms of equality legislation in 2010. Gay marriage was legalised in England, Scotland and Wales in 2014, and in Northern Ireland in 2020.

So where does this leave us? Societal attitudes towards same-sex relationships have changed over the decades with a recent poll by YouGov showing that 7/10 Brits would support a close friend or family member who came out as LGBTQ+. Social attitudes drive legal change, and in turn, the decisions of the Courts affect social attitudes. That is why the work of our Courts and legislature is so important. Clearly there are many issues still to deal with, including banning conversion therapy, the unique issues of transgender people of colour and the fact that hate crime against those in the LGBTQ+ community is rising. To cover all of these is beyond the scope of this article, so I will confine my commentary to the following: issues surrounding surrogacy and insemination, reform of the Gender Recognition Act 2004, and calls for greater recognition for those identifying as non-binary.

Surrogacy and insemination are not issues that affect only same-sex couples. However, they do affect them disproportionately in comparison to opposite sex couples. The laws around surrogacy and insemination (using a sperm or egg donor) are complex, and if the proper procedures are not followed, legal parenthood can remain with the donor or surrogate.

The recent case of James MacDougall, who donated sperm privately without disclosing that he had an inheritable genetic condition, highlights some of these difficulties. As the sperm donation was done privately and not through a licensed clinic, MacDougall remained the legal father and sought a Court ruling that he should be allowed contact with some of the children he fathered. Further, due to the complexity of the laws surrounding surrogacy, it is possible for someone to break the law without even realising. A Law Commission Report into surrogacy law reform is due in Autumn 2022 and there is hope that this area, a crucial one for same-sex couples looking to start or build a family, will be simplified to make the process of becoming a parent less complex and distressing.

Reform of the Gender Recognition Act

The Gender Recognition Act 2004 (GRA) was introduced as a response to warnings from the European Court of Human Rights that the law in the UK was incompatible with the rights of transgender individuals. Its aim was to set out the framework for gaining legal recognition of gender identity with a gender recognition certificate (GRC).

It is perhaps not entirely unforeseeable that the GRA was met with a mixed response. Although it provided a much-needed route to legally change one’s gender, it was subject to criticism. Firstly, no one under the age of 18 could apply for a certificate, even if they had parental permission. Secondly, the process for applying for a GRC was seen as long, complicated and overly medicalised, with a seemingly anonymous ‘panel’ deciding if the application would succeed. Crucially, the GRA only provides recognition for two, binary genders – male and female. There is no recognition for any other form of gender identity. The so-called ‘spousal veto’ has also been seen as a cause for concern. This refers to one spouse or civil partner’s ability to essentially ‘veto’ the granting of a full GRC by not consenting to the marriage or civil partnership continuing after a certificate is issued. In these cases, an interim GRC is issued until the marriage is annulled.

There have been many calls for reform, but so far these have not translated into any meaningful change. The most recent review of the GRA, launched by the Women and Equalities Committee, was responded to by the Government in March 2022. They Government is not making any significant reform.

Greater recognition for those identifying as non-binary

The recent case of R (on the Application of Elan-Cane) v Secretary of State for the Home Department [2021] UKSC 56 threw this issue into sharp relief. The case concerned Christie Elan-Can, who identifies as non-gendered, and their application for an ‘unspecified’ option to be provided in relation to gender on UK passports. Their case travelled to the Supreme Court, where the Court weighed up the arguments for and against adding a third option, but ultimately held that a lack of a non-binary option on passports does not breach human rights. Again, reform often starts in the Courts, so there is a very real possibility that with the increase in cases calling for greater recognition of those who identify as non-binary or gender fluid, reform will not be far behind.

Faced with a history of discrimination and a future of further struggle to obtain the rights and recognition they deserve, members of the LGBTQ+ community may well feel despondent. But things are not as bleak as they may seem. Reform has been slow and painful, but it has happened nonetheless, and it is picking up speed. My predictions of change within the areas of surrogacy and insemination, transgender rights and non-binary recognition are based on calls for reform and legal debates that are already underway. With rapidly changing public attitudes towards the LGBTQ+ community and towards the importance of equality as a whole, there is a growing body of voices calling for change. When these voices find their way into the Courts, they very often find their way into our laws.

This article was also published in The Global Legal Post here.