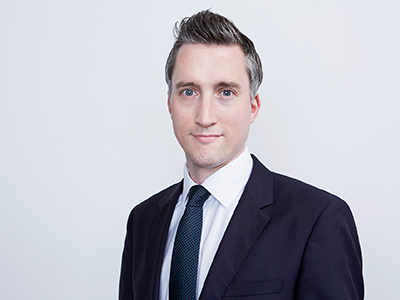 The High Court has awarded damages of £20,000 to Karl Oyston (the chairman of Blackpool Football Club) and Owen Oyston (the Club’s owner) and £1,000 to the Club following a series of defamatory allegations posted on fansonline.net by David Ragozzino in 2014.[1]

The posts against the Oystons were of a sexual nature, and the posts against Karl Oyston and the Club alleged fraud and corruption. The High Court hearing before His Honour Judge Davies was to assess damages.  Previously, on 19 May 2015, District Judge Moss had struck out Mr Ragozzino’s defence as a result of his failure to file a directions questionnaire as previously ordered.  Then, at an injunction hearing on 13 July 2015, the defendant consented to entry of judgment against him on the claim and submitted to an order restraining him from repeating the defamatory statements.

During the damages hearing, HHJ Davies noted that it was clear that Mr Ragozzino was “passionately aggrieved about the manner in which Blackpool FC has been run by the Oystons and the Company” and stated that the posts had “gone well beyond vigorous criticism about the claimants’ management of Blackpool FC in footballing and financial terms”. HHJ Davies considered that, by entering into the consent order, Mr Ragozzino should be treated as having admitted that all the allegations were untrue and defamatory.  The Oystons were granted aggravated damages as a result of his conduct, which was exacerbated by the presence of his McKenzie friend.

All three claimants brought claims for defamation, and Blackpool Football Club Limited also brought a claim of malicious falsehood against Mr Ragozzino. The claimants did not deny the defendant’s freedom to criticise the management of the Club, but they considered the posts to have crossed the “boundary between legitimate criticism … and making serious and untrue defamatory statements”.

Mr Ragozzino was represented by a McKenzie friend, Mr Steven Reed. His claim was, however, hindered by the fact that, on 19 May 2015, his defence was struck out for his failure to file the directions questionnaire.  On 19 June 2015, the claimants were directed to file and serve witness statements.  They complied, and the Oystons attended court to give evidence and were cross-examined by Mr Ragozzino.  On the claimants’ application for injunctive relief, heard on 13 July 2015, Mr Ragozzino consented to entry of judgment against him on the claim and submitted to an order restraining him from repeating the defamatory statements.

On 24 September 2015, he produced a supplementary defence responding to Owen Oyston’s witness statement. Despite consenting to judgment in the injunction hearing, he now denied that he was responsible for the posts.  He also asserted that he had been fooled into entering into the consent order.  He applied to court to set aside the consent order, but failed to pay the required fee or to make a valid application for fee remission.  At the damages hearing, he invited the judge to adjourn the assessment of damages on the basis that he intended to make a proper application to set aside the consent order.  This was refused.

Allegations of a sexual nature

Mr Ragozzino made various allegations in April and August 2014 on the Blackpool FC section of fansonline.net, including that:

HHJ Davies commented that they were “scandalous and pernicious” allegations unsupported by evidence. Despite Mr Ragozzino’s insistence that the claims were “100% true”, he failed to provide any evidence in support of his allegations. He further emphasised that, although Owen Oyston had been convicted of and sentenced for an offence of rape and of indecent assault in May 1996, it did not mean that “anything goes so far as he is concerned”. The judge did, however, note that Mr Ragozzino was not prohibited from making reference – even extensive reference – to this aspect of Owen Oyston’s personal past.

Allegations of fraud and corruption

Mr Ragozzino also alleged that Karl Oyston and the Club were involved in fraudulent and corrupt behaviour. He described the Club as being an “absolute shambles” and the Club’s management as “horrible people”, which, the claimants submitted, referred back to the allegations against Owen Oyston.  HHJ Davies found that even the allegations about fraud and corruption were not assertions about Karl Oyston’s management of the Club in financial terms, but “a very serious, although completely un-particularised, allegation of involvement in criminal behaviour”.

The judge also made clear that the allegations would not have been defamatory if they had been confined to the management of the Club in footballing or financial terms.

In assessing the level of damages to be awarded, HHJ Davies took the following criteria into account:

2.  The impact of the allegations on the claimants – HHJ Davies considered the impact on each claimant.

3. Malicious conduct – A claim for aggravated damages was pleaded in this case, relying on the fact that the assertions were published maliciously, as well as Mr Ragozzino’s behaviour after the complaint was made and his failure to apologise. HHJ Davies considered the position for each claimant.

4. The accuser’s lack of credibility – The judge found it “readily apparent” that the posts were made by someone with an obsessive hatred for the Oystons and their management of the Club, thereby leading readers to question Mr Ragozzino’s credibility. This, he noted while citing Oriental Daily Publisher v Ming Pao Holdings,[3] was an important reason to lower the level of damages awarded. This reduction in damages was restricted, however, as a result of the “determined insistence” of Mr Ragozzino that the assertions were true.

5. Owen Oyston’s general reputation – The offences for which Owen Oyston was convicted occurred in 1992. The judge held that, although the damages to be awarded to Owen Oyston would be significantly reduced as a result of his general bad reputation in relation to his sexual conduct, it would not be right to reduce them to a nominal amount in the circumstances of the case. To reduce damages to a nominal amount would “undermine the function of the law of defamation” and ignore the claimant’s entitlement “to be vindicated in relation to the specific allegations of sexual misconduct in respect of which he has been wrongly and unlawfully defamed”.

6. Karl Oyston’s general reputation – The judge disregarded any attempts of Mr Ragozzino to adduce evidence of directly relevant background context on the basis that they came nowhere near establishing either general bad character, and that they were not directly relevant to the subject-matter of the defamation or to the relevant sectors of Karl Oyston’s reputation, namely his sexual conduct and his honesty and probity in his business dealings.

HHJ Davies concluded that all of the claimants were entitled to substantial damages by way of vindication. He awarded the Oystons aggravated damages by reference to Mr Ragozzino’s malice and his conduct of the case, which had been exacerbated by his McKenzie friend.

This case highlights the risks – and potential consequences – of placing reliance on a McKenzie friend.  HHJ Davies commented that Mr Ragozzino “has not been at all well-served by the assistance of Mr Reed … since Mr Reed has been responsible for pouring yet more fuel on the flames”. The judge saw Mr Ragozzino as allowing himself to be a “mouthpiece” for Mr Reed, which contributed to the aggravating features of the case and was a factor in the judge’s decision to grant the Oystons aggravated damages.

In the broader sense, the case touches on an interesting feature of bringing claims against “anonymous” posters who refuse to admit that they are responsible for posting content online. In such circumstances, a claimant will be required to adduce evidence to demonstrate that the accused poster is, in fact, responsible for the comments.  In this case, however, Mr Ragozzino entered into a consent order at the injunction hearing, and so he was not permitted by the High Court to claim that he was not responsible for publishing the comments online.

Of course, claimants can potentially obtain information about the individuals who are behind online content, such as by way of a Norwich Pharmacal order.  Further, in order to overcome obstacles to identifying and reaching posters online, the courts will permit service of claims via Facebook and Twitter, for example.  So claimants should take comfort in the fact that the courts are adept in finding ways to assist those who have been defamed online by accusers attempting to avoid liability.