In a high-profile case about the huge hit Shape Of You, singer-songwriter Ed Sheeran has been awarded a declaration that his song did not infringe the copyright in an earlier Sami Switch song called Oh Why. [1]

The “Oh I” hook in Shape Of You has a remarkable similarity to the “Oh why” phrase.  Yet on the facts, Sheeran was not shown to have had access to Oh Why, and the Oh Why co-writers’ counterclaim for infringement was dismissed accordingly.

In upholding a later writer’s originality, the case goes against the tide of decisions in the wake of the Blurred Lines case, which was widely criticised as having a chilling effect on new songwriting.

Ed Sheeran, Steven McCutcheon and John McDaid, the writers of the 2017 hit song Shape Of You (SOY) brought proceedings for a declaration that they had not infringed the copyright in the 2014 song Oh Why (OW) written by Sami Chokri (professionally known as Sami Switch) and Ross O'Donoghue.

The defendants had informed the Performing Right Society that they should be credited as songwriters of SOY, and so the PRS suspended payments to the claimants.  In response, the claimants brought their claim.

The defendants counterclaimed that the claimants infringed the copyright in the eight-bar chorus of OW.  The allegation of copying was against Sheeran only (and not the other claimants) by the end of cross-examination.

Even if copying were established, the claimants did not accept that the relevant elements of the OW hook represented the expression of the defendants’ own intellectual creation (as being unprotectable).

The lyrics were not in issue in this case: the claim of copyright infringement related to the musical work only.  Copyright subsists in original musical works and is infringed if such works are copied (i.e. reproduced) in any material form. [2]  The copying must be of the original work (or a substantial part of it), and the part in question must contain the expression of the author’s own intellectual creation.

Generally, the evidential burden lies with the claimant.  Yet in the case of conscious copying, if there is proof of sufficient similarity and proof of access, the burden of proof shifts to the alleged infringer.  That is a question of fact.

Subconscious copying is also a question of fact. [3]  It requires “proof of familiarity” and a causal link between the original work and alleged infringing work.  Since direct evidence is rare, the court must reach its decision on the basis of inferences from other evidence.

Zacaroli J considered the extent of the similarities and differences between the two songs, the possible source of the OI phrase (except the OW hook) and the evolution of the OI phrase.

He noted that, while there are obvious similarities, important differences also exist.

The broad shape of the melody of the OI phrase appears in many other places in SOY, including the pre-chorus, chorus and the last line of post-chorus.  The melody itself uses notes from the rising minor pentatonic scale and follows the basic contour of A, rising to E, and falling back to A.  In Zacaroli J’s opinion, the presence of the melodic pattern of the OI phrase throughout SOY pointed against copying.

He identified the pentatonic scale as the “unifying feature” of SOY.  Innumerable pop, rock, folk and blues songs include a melody that is formed from the minor pentatonic scale and moves between A and E.  That is not original.  Examples were provided during the proceedings, including examples of several of Sheeran’s songs that incorporate that pattern.  Zacaroli J said the use of these notes for the melody was “so short, simple, commonplace and obvious in the context of the rest of the song that it is not credible that Sheeran sought out inspiration from other songs to come up with it”.

The defendants’ inference of copying from similarities was not persuasive to Zacaroli J, who identified all of those features as commonplace and their use as explicable by other reasons.

Evolution of the OI phrase.

Sheeran stated that he went to Rokstone studio on 12 October 2016, where he met the other two claimants, with the intention of writing songs for other artists.  Zacaroli J considered the evidence provided by the claimants as to the timeline of events that took place on 12 October 2016 and the additional work and production undertaken in the following weeks.  Voice-note recordings and video footage of the 12 October 2016 session were also considered during the proceedings.

The defendants raised several issues regarding the claimants’ differing recollections as to who did or did not originate certain elements of SOY and the OI phrase.  Yet Zacaroli J concluded that, at the time of writing SOY, the claimants had not expected that the writing process would be “dissected in minute detail” some years later.  Consequently, the fact that the three writers did not have consistent recollection of who came up with particular elements of SOY was unsurprising.

The defendants argued that it was not credible that the claimants wrote SOY so swiftly, and suggested that the speed of writing was indicative of copying.  Zacaroli J rejected that, finding the speed of writing to be of little relevance, especially in light of the simplicity of the words and melody of the OI phrase.

The defendants claimed that the claimants had access to OW via various sources and referred to Sheeran as a “magpie” who “habitually and deliberately copies and conceals the work of other songwriters”.  The judge undertook a detailed factual analysis as to whether OW may have been shared with (or discovered by) Sheeran.  This was done to assess the reliability of Sheeran’s denial that he copied the OW hook and, in the alternative case of subconscious copying, to establish the likelihood that Sheeran heard OW.

The claimants each stated that, to the best of their knowledge, they had never heard OW.  There was no evidence that OW was ever played, shown or sent to Sheeran.

From the evidence, it was clear that attempts to promote OW on social media did not have much success.  The track received only a “handful” of retweets and “likes” after its release.  Chokri performed OW at two live shows, each of which was attended by artists and repertoire executives and music industry contacts.

The defendants also sent emails to music industry contacts and attended meetings.  On the evidence, Daniel Lloyd-Jones, an A&R executive at Sony/ATV, was the only person to show an interest in the track.  On receipt of a SoundCloud link to the EP, he expressed enthusiasm about Chokri’s music, but there was no follow-up.  The defendants relied on his sharing part of the EP with Ed Howard (an A&R at Asylum records at the time, who worked with Sheeran) and emails sent to Howard by Chokri’s team in relation to one of Chokri’s shows.  On the facts, Zacaroli J decided that Howard did not hear OW in 2015.

The defendants also proposed the possibility that Sheeran became aware of OW through certain mutual acquaintances, including the late Jamal Edwards, Jake Roche and Jake Gosling (the owner and operator of Sticky Studios).  All of those individuals denied, or did not recall, either being sent OW, listening to OW and/or sharing it with Sheeran.  On the evidence, Zacaroli J found that OW was not shared with Sheeran by or through those individuals.

The defendants also suggested that Sheeran became aware of OW via the producer Benny Blanco (who worked on the Divide album with Sheeran).  The judge found that to be mere speculation.

Likelihood of Sheeran’s discovering OW himself

The defendants’ three main submissions were as follows.

While acknowledging that Chokri is “undoubtedly a serious and talented songwriter”, Zacaroli J found that the evidence on likelihood of Sheeran’s discovery of the OW hook was at best speculative.

Alleged propensity to copy from others

The defendants sought to rely on similar-fact evidence and instances of alleged copying by Sheeran.

Criticisms of Sheeran’s evidence and the three “fingerprints”

The defendants did not accept passages of Sheeran’s evidence.  Zacaroli J considered many of the defendants’ criticisms in his judgment and made clear that, while he did not address each criticism individually, he did consider them all and found Sheeran’s evidence was given in an attempt to assist the court, straightforwardly and honestly.

In addition, the defendants proposed that Sheeran’s work included three unique “fingerprints” belonging to Chokri:  (a) the similarity of the lyrics of Eraser and Trying To Breathe; (b) the “high G” present in a version of the OI phrase sung by Sheeran on 12 October 2016 that mirrors a high G in the OW hook; and (c) the labelling of some of the Protools sound files from the 12 October 2016 session as “Oh Why”.  For various detailed reasons set out in the judgment, Zacaroli J rejected such fingerprints.

Zacaroli J concluded that, while there are similarities between the two phrases, there are also significant differences, and the phrases played different roles in the songs.  As to similarity, the “one-in-a-million” chance of their being used together (and the fact that the precise notes, vocalised and harmonised in the same way has not been found before) is “no more than a starting point” when considering whether one is copied from the other.  The analysis of SOY, the writing process and the evolution of the OI phrase provided convincing evidence that the OI phrase did not originate from OW.

The evidence provided as to access was speculative at best.  On the facts, Sheeran had not heard OW and in any event did not deliberately or subconsciously copy the OW hook.

While not necessary for his decision, Zacaroli J considered some other issues, which depended on the establishment of copying.  First, he found that the elements of the OW hook that were purportedly similar to the OI phrase represented the expression of Chokri’s intellectual creation.  Secondly, in his view, as suggested by the claimants, many of the relevant musical features in Chokri’s song were, when considered individually, commonplace and not unique to Chokri, stating that they were “generic and commonplace” building blocks in many musical genres.  Yet the particular combination of features was sufficiently original to represent the claimants’ own intellectual creation.

The claimants sought a declaration that they had not infringed the copyright in OW.  The defendants argued that, even if SOY were not copied from OW, such a declaration should not be granted on the basis that:

Those submissions did not deter Zacaroli J from exercising his discretion.  So he granted the declaration and dismissed the counterclaim.

Cases like this often turn on the fine line between the generic and the unique.  Nobody owns the building blocks of music, but those building blocks can be used to create an individual, original work that the songwriter owns.

This particular case involved a forensic analysis of the factual circumstances around Sheeran’s writing process for SOY, and the court found that, in practice, no copying took place.  To quote a Sheeran song, each of the parties here built a “Lego House”, using similar combinations of bricks, but the court found that they did so independently. 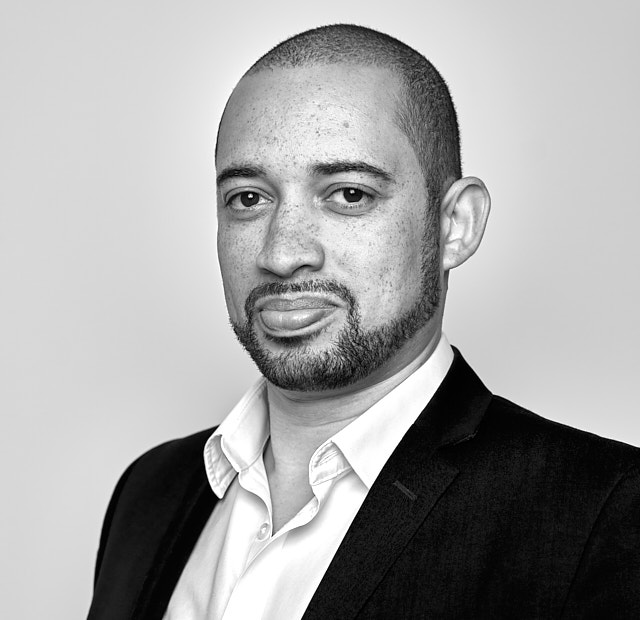 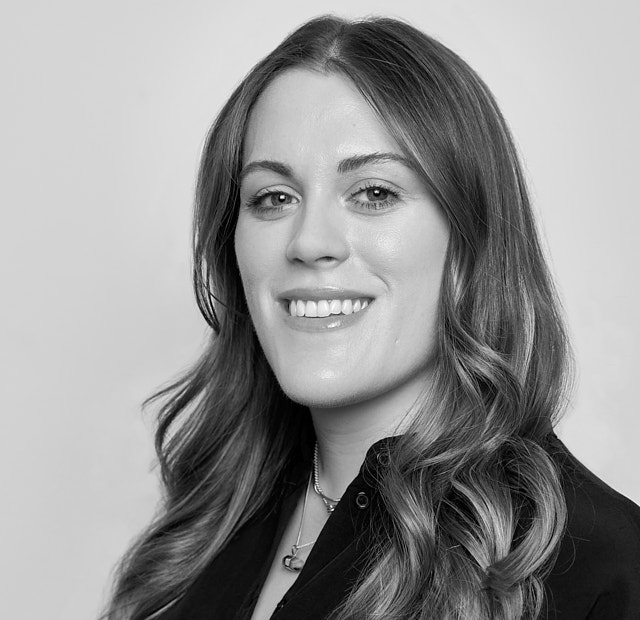